BCS Software Testing Practitioner – Why You Shouldn’t Pursue This Course

In June, the International Software Testing Qualifications Board (ISTQB) will launch a Successful Candidate Register. AXELOS has had a lot of success with its own version for courses we run, which include PRINCE, ITIL and M_o_R. ISTQB’s will display passes for every type of certification in their portfolio.

This portfolio has expanded greatly since an agreement signed between the UK Testing Board (UKTB) and BCS in 2010. Software Testing certifications became globally standardised. This made Software Testing more accessible, with a shared vocabulary and certification path. This also meant some courses were discontinued. If you’re not up to speed, you should be aware of the course that got cut.

In between the Foundation and Advanced level certificates, candidates can take an Intermediate level course. Up until 2011, they could then make one of five choices:

The Software Testing certification path then and now

These diagrams show the BCS/ISTQB certification paths before and after the March 2011 change: 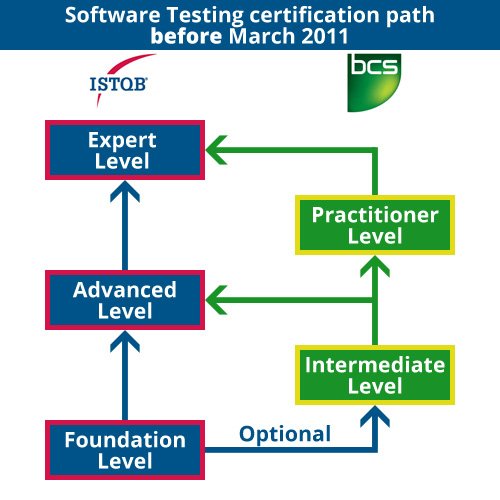 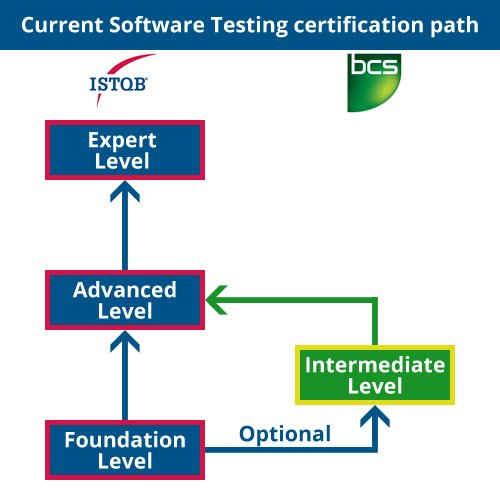 Be wary of any training provider that offers you a Practitioner Software Testing course. They may not be running ISTQB-accredited courses, or their publications could be severely out of date. Make sure your Software Testing training is not just up-to-date, but fully accredited.

ILX’s Software Testing courses are fully accredited by BCS/ISTQB. That means our courses and trainers are routinely assessed and updated. Another benefits is that you will be able to prove you’ve passed the examination when ISTQB’s Successful Candidate Register launches. Perhaps best of all, our Foundation course comes with a pass pledge, meaning unsuccessful candidates can retake the exam for free within three months. If you have any questions, feel free to contact us here.