E-learning: Work at your own pace, and complete the entire certification from the comfort of your own home

Virtual classroom: Benefit from the personal teaching experience of a classroom but without leaving your house
< Back to blog Next blog >
Share

The Apprentice is back for its 13th season, and we can’t wait to pick apart all the disasters and successes (mostly disasters) that are bound to be in store for us. In this series, we’ll be taking a look at each episode from a project management perspective.

This week, candidates were tasked to design, manufacture and sell burgers: a classic first task to bring in as much profit as possible with simple resources. Our project manager for the boys’ team was online retail business owner Danny, and for the girls, confectionary company owner Sarah. The girls mostly kept their cool: buying cheap, selling reasonably high and turning out a profit of £236.78. The boys unfortunately failed to plan well, particularly in regards to timing and costing, and suffered a loss of £114.17. Oh dear.

In this entry we’ll look at project manager Danny, who was fired for the result of this task, and his management of his project team – namely Charles, who admitted in his CV that he doesn’t listen. This unfortunately proved to be true in this first episode.

A lot of viewers’ sentiments were that Charles should have been fired. He ignored the requests of his team, embarking on a mission to lay out costings for the burgers with little accurate information to work with. Note: if costing had been done properly initially, the team may not have suffered the loss they did. PRINCE2 teaches in its “Controlling a Stage” (CS) process that a PM should keep risks and issues under control, and remain focused on product delivery. This includes keeping difficult team members under control. As a project manager, it is your responsibility to be able to handle these challenging individuals and situations and re-focus the project.

This isn’t to say that a PM is to blame for the failure of every task, although part of that responsibility is always theirs as a result of their position. In this task though, there appeared to be a distinct lack of planning and direction on Danny’s part. Weak management can result in a confused team, and certain individuals can react badly to this. This can take the form of acting out, trying to take initiative (which is occasionally beneficial) and ultimately not respecting the project manager. We could see this in action when Danny called Charles and asked him to stop doing the costing. His reasoning seemed unclear, and the team hadn’t laid out a proper plan initially, which may have allowed Charles to feel more entitled to disregard his direction.

Charles did appear to be being purposely difficult. But a project manager must be adept at handling obtuse or disgruntled team members, and Danny failed to do this productively. PRINCE2 recommends always having defined and agreed roles – without the implementation of this structure, many projects are doomed to fail from the offset. Had Danny followed this process, Lord Sugar may have been more forgiving. 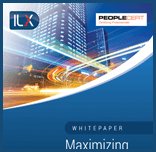